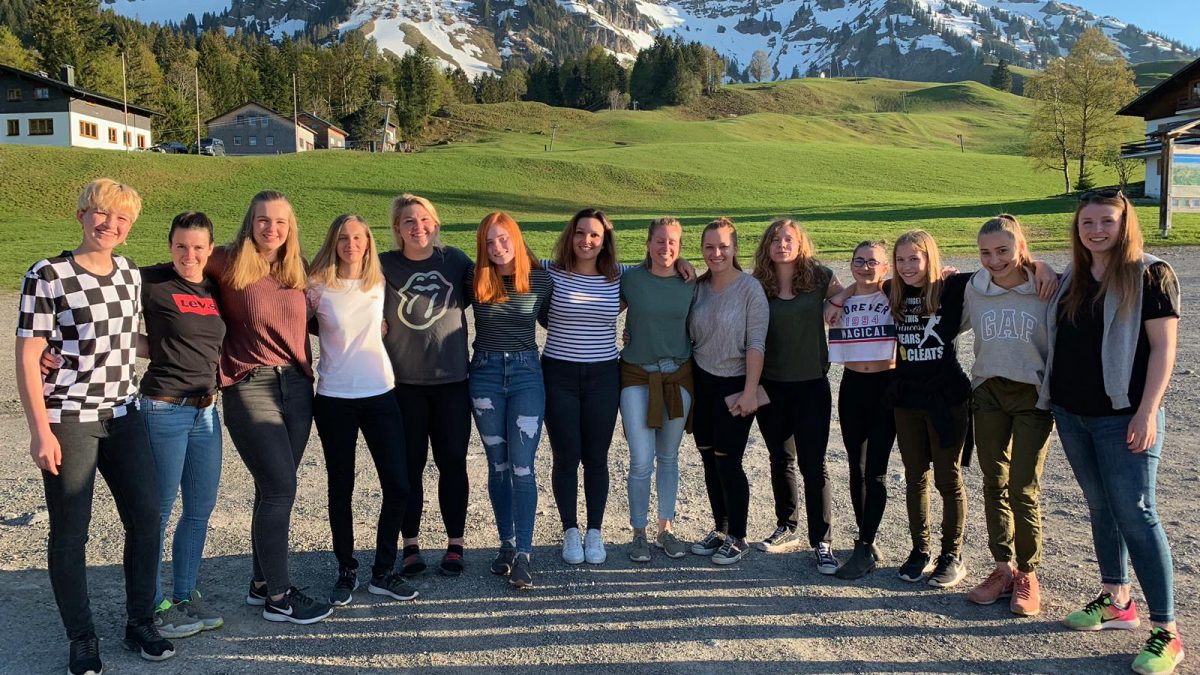 After their successful home opener it was time for the long roadtrip all across Austria for the Chicklets to play their ASL and SBL games in Hard. The 9 hrs drive was worth the effort and the softball gods sent us almost perfect weather for ballgames. Game 1 of the ASL series showed Isabel Salcher vs V in the circle. The Chicklets managed to get three runs in but the Sharx offense had also a good start and scored 4 runs on Verena. In the second the Chicklets scored none but the Sharx stayed hot at the plate and with 4 more runs they stretched their lead to 3 – 8. The Chicklets defense looked a bit shaky on some plays at this point, but did not worry about that to long: their offense came to life and knocked in 6 runs followed by a strong defensive turn. While V was getting better and better every inning, the Sharx replaced Isabel with Dani Reiter and Birgit Grass throughout the following innings. They only scored one run on their next three offensive turns while the Chicklets put 4 more on the board. Both teams scored 2 more runs in the 7th for the final score 15 – 11.
Game 2 was started by Jenny Bühler and again the Chicklets started with 3 runs. But other than the game before their defense came in strong behind pitcher Brittany McGuire and this led to 5 scoreless innings for the Sharx. Defensive highlight was a great diving catch by 3rd base Louise McGarry. The other half of the dynamic duo – Vicky Unterrainer – also picked some away and so these two became the „corner snatchers from Hard“. On the other side the Chicklets scored every inning except the 4th and after 5 innings the game was over 9 – 0. Another strong performance by Brittany in the circle and at the plate, leading the Chicklets lineup. She missed the big hit only by some inches as her shot to left field hit the top of the outfield fence.
„The line up is working better and better now. If someone struggles, the next batter jumps in and does the job. That´s how it should be. In game 1 the team showed their spirit. We didn´t start well but came back strong. Congrats to my players. In game 2 we just kept doing it. Although the whole team did really good I would like to name Louise McGarry the player of the day: hot at the plate and even hotter with her glove…. and there was still something in store for here the next day!“

After a relaxed evening the Chicklets had 2 more games to play on sunday. The first game of the SBL series was started by Paula. The young Chicklets 2 team might have missed some chances in the defense but could always rely on Paula who pitched a complete game for a 10 -1 win. Game 2 was started by Alex Egger in the circle and Lya Schneider with her debut behind the plate. Alex got a rough start on the rubber so she handed the ball over to Louise McGarry who came in to pitch and got the Chicklets out of a jam. Louise did a great job and only for the last outs Paula took over. The final score was 17 – 9.
„The SBL team did really good today although some players were very nervous. Alex can pitch better that she did today but at the plate she made it happen and knocked in some RBIs. Louise is on fire as we know and she took it over from yesterday: 2 in-the-park homeruns speak on its own. Laila showed a strong performance at 3B and Lya did very well in her first game as a catcher. Heidi Szabo played her first ever innings in a softball game – compared to her even Zoe Filarowski (putting two flyballs away in the outfield) looked like a senior

Congrats to all those mentioned here but also to the rest of the team!“ 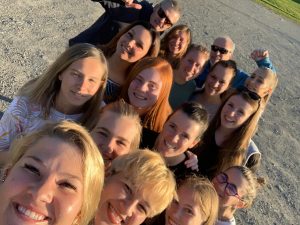 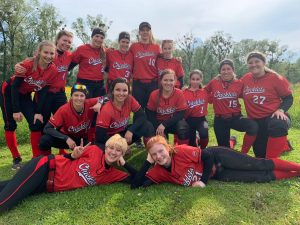 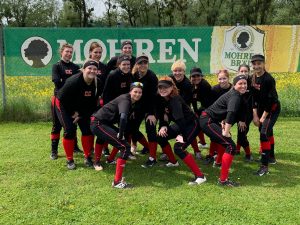 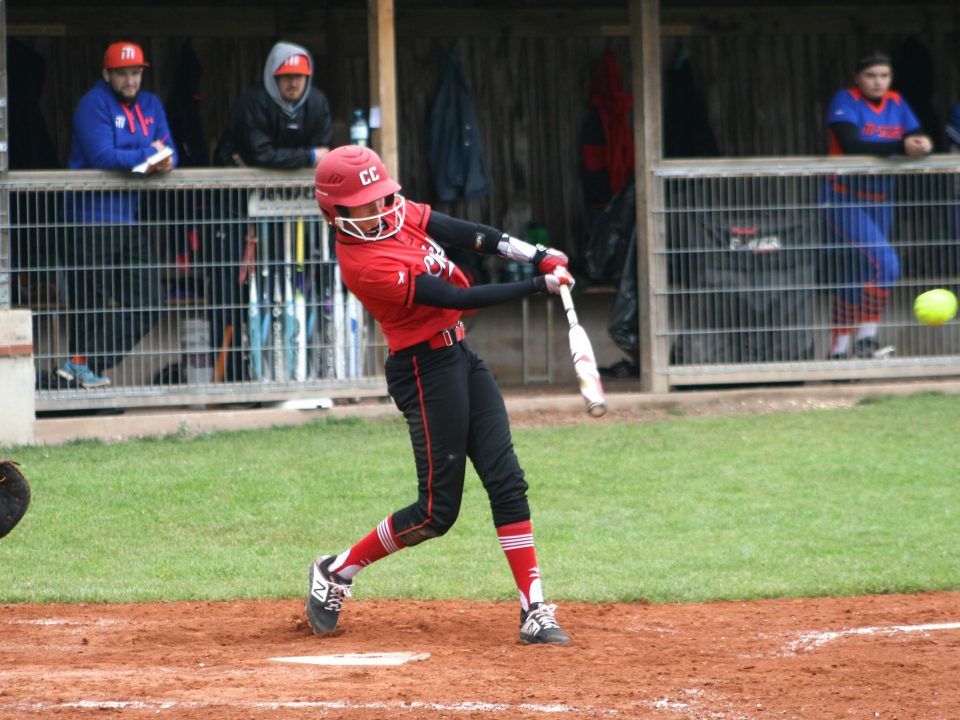