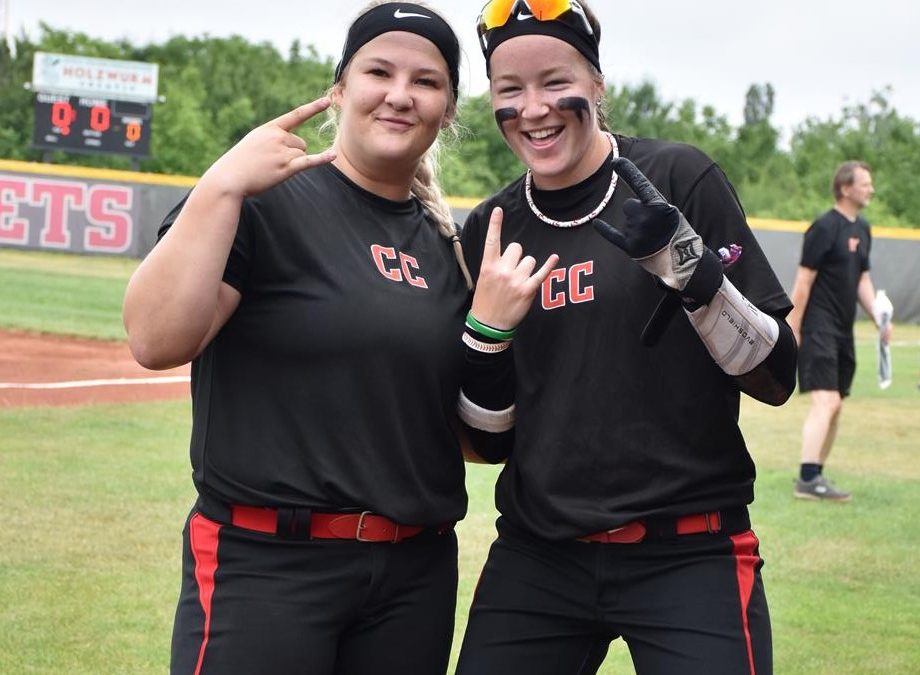 The Chicklets host the Sharx on Ducksfield and the gameday starts with a little extra work for the coaches/fieldcrew the get the surface ready for play. With Mara Benckendorff not being there the lineup got some changes, most obvious the debut of Kailyn Campbell on short….
Luckily the rain stays away from Wr. Neustadt and game 1 starts on time with the Sharx leadoff hitter Victoria Lenk facing Verena Ponweiser. Two groundouts later Birgit Grass goes down on strikes to end the inning. The Chicklets leadoff Verena Ponweiser flies out to LF but Ina Kaindl and Kailyn Campbell hit up the middle and get on base. Brit McGuire sends the ball to LF for a double to score Ina, followed by a single from Louise McGarry that gets Kailyn over the plate. McGuire scores on a groundout by Angela Reiter. With 2 outs Paula Leinweber hits a RBI single to 3B for the 4th run of the inning. A flyout from Laila Burian brings the defense back again. Literally Verena, Ina and Emma would have been enough as we only see one walk and 3 flyouts to Emma Hanika on 2B. The Chicklets start with their leadoff again and this time V hits a single to short before Ina Kaindl walks. A groundball by Kailyn gets the force out on 3B but then Brit changes direction, this time aiming to CF for another double and the first run of the inning. Again Louise McGarry follows with a single and another RBI.

With a 6-0 lead the Chicklets start their 3rd defensive inning. A hit-by-pitch and a walk have no consequences as 2 groundouts and a caught stealing end the top of the inning. With the Chicklets to bat again Isabel Salcher gets her 3 outs without any damage done. With a hit and walk the 4th inning starts good for the Sharks but then a deep flyball from Brianne Lint gets plucked down by Paula for the first out. Her throw to 2B gets the tagging runner from 1B for the second out and then Emma Hanika fires the ball down to home plate, where the Sharx lead runner gets trapped in a rundown play for the third out… TRIPLE PLAY COMPLETED! Louise scores the 7th run for the Chicklets before Angela Reiter gets injured by running to 3B. In the fifth inning the Sharx only get one hit before catcher Ina Kaindl secures a flyball for the last out and the ballgame.

Game 2 has both teams with their imports in the circle: Brittany McGuire for the Chicklets and Erika Shick for the Sharx. This time the guests find a better start scoring the first run of the game. The Chicklets strike back immediately. After a leadoff strike out Ina reaches 1B on an error, folowed by hits from Kailyn and Brit that score the first run. A sac bunt from Lolo gets the runners on 3rd and 2nd allowing Kailyn to score on a wild pitch. With the lead back for the Chicklets their defense stays focussed and the Sharx can’t score another run in the 2nd. Same happens to the Chicklets as the Sharx defense gets 3 quick outs. In the 3rd inning only one basehit for the Sharx is not enough to get more runs on the board but the Chicklets start with 2 basehits through the 5-6 hole. Brittany hammers the ball back to deep CF for another double and 2 RBIs. In the 4th inning the Sharx put on some pressure by getting 2 runs in on a walk and 3 basehits. The Chicklets answer with baserunners as well but this time the Sharx defense stays calm, loading the bases with an intentional walk for Brit before getting the final out of the inning by strikes. With a one run game now Brit starts to throw some extra gas for only 10 batters in the next 3 innings. The Chicklets keep the Sharx defense busy with hits from P and Emma. Bunts from Lya Schneider and V create some extra action. 2 runs score in the 5th and the 6th starts with a monster triple by Brit before she gets over the plate on a grounder from Louise for the final score 7-3. 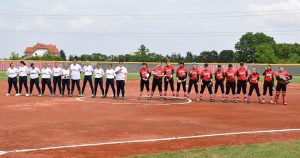 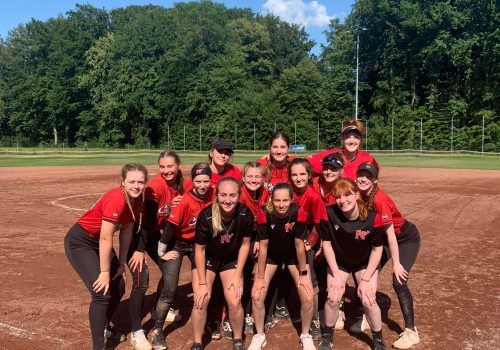 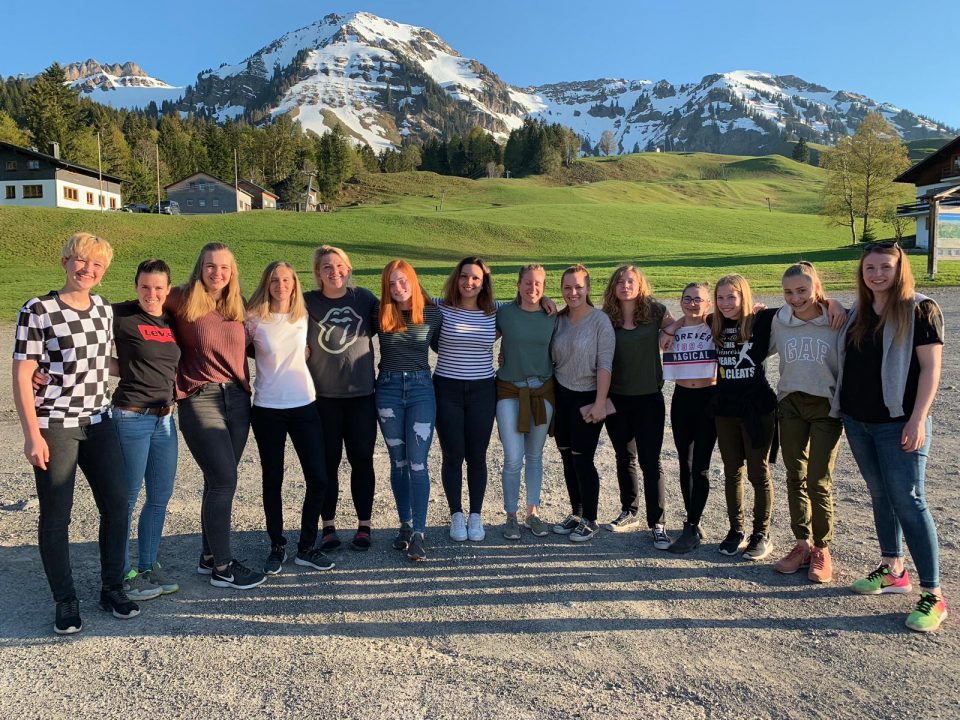